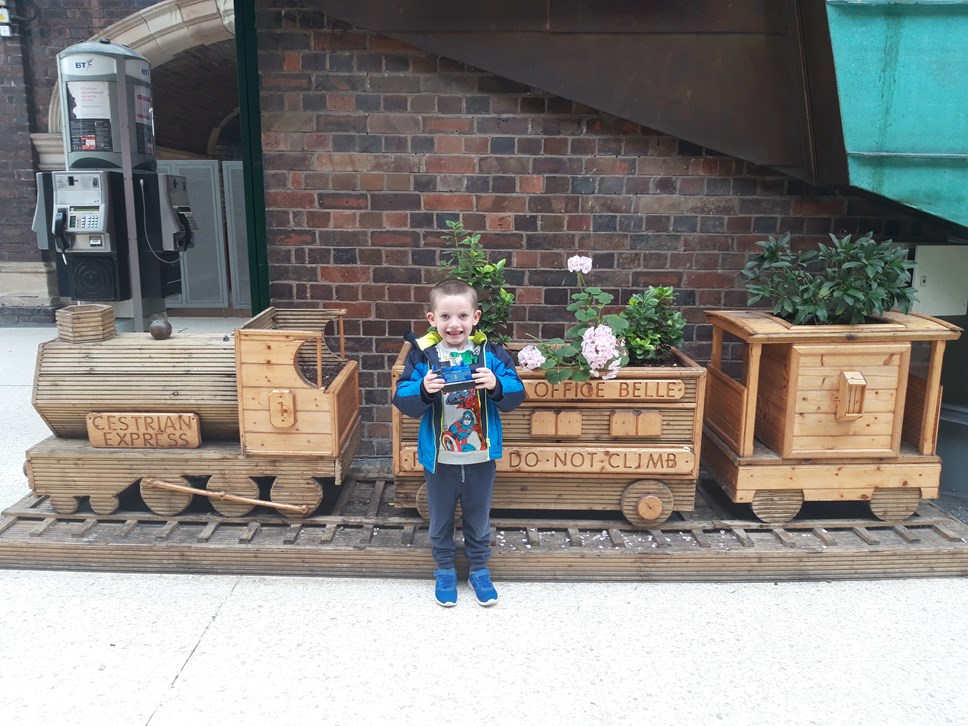 Last Wednesday (14 August), one of Transport for Wales’ train drivers, Geraint Williams, received a very special gift after he was stopped at Gobowen station by a customer who handed him a hand-painted money box, designed to look like Thomas the Tank Engine.

After a national search to find the person who had made it, Transport for Wales revealed the little boy, Toby Healey (5) was the creator of the money box gift — which contained a £2 coin that Toby had deliberately included so the train driver could buy a cup of tea on their next break.

In return, Transport for Wales invited Toby and his father to experience a behind-the-scenes tour of Chester station, which included a chance to see the station’s train simulator.

After being shown around a real driver’s cab on the station platform by staff from Transport for Wales’ Operational team, Toby and his father, Edward Healey made their way to the Simulator Centre, where Toby was given a talk about how it works and even had a go at driving it — all before being handed a goody bag in return for his kind gesture.

Toby’s father, Edward spoke of how much they enjoyed the experience: “Toby painted the money box train himself and wanted the train driver to have it because he thought he could use the money inside to buy a cup of tea after a tiring shift driving the train.

“After passing it on to the lady at Gobowen station we didn’t really think much of it, so were totally shocked to receive a call from Transport for Wales inviting us have a free trip from Gobowen to Chester with a guided tour around the station.

“Toby absolutely loved the whole experience – particularly being given the opportunity to sit in the simulator driving seat - and he can’t wait to tell his friends all about it when he returns to school in September!”

Nathan Scrivens, Operational Trainer at Transport for Wales said: “It was a real joy to show Toby and his father around Chester station last week. It’s fantastic to see young people showing such enthusiasm for our railway network, so it felt really good to give something back to one of our loyal customers.

“Toby was full of questions about the buttons and control systems in the simulator and sounded the simulator horn frequently which he thoroughly enjoyed!” 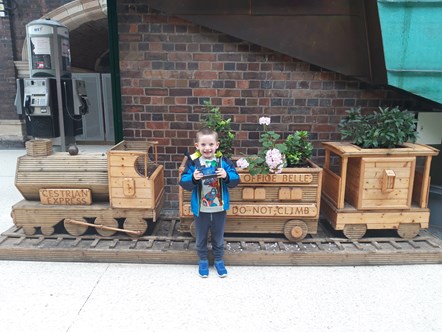