Five Transport for Wales stations are nominated to take part in a competition to find Britain’s favourite railway station.

Voting began at 09:00 on Monday 12 October in the World Cup of Stations, a series of Twitter polls organised by the Rail Delivery Group. 48 stations across Britain have been entered in the first round, including five stations in Wales.

In the Wales group, Cardiff Central, Newport, Swansea and Pontypridd will compete for one place in the semi-finals, while Chirk is part of the group made up of stations that won the Best Station awards at the recent National Rail Awards, after being named the Best Small Station in Britain.

Voting in the first round finishes at 18:00 on Wednesday 14 October, with the semi-finals taking place over the next 24 hours and the result of the final being decided on Stations Day, Friday 16 October.

Chirk
- Opened in 1848
- The nearby railway viaduct over the Ceiriog Valley is next to Thomas Telford’s historic 1801 aqueduct, part of the Pontcysyllte Aqueduct World Heritage Site
- Once the interchange with the narrow gauge Glyn Valley Tramway, until it closed in 1935
- Winner of the Best Small Station Award at the 2020 National Rail Awards
- Footfall in 2018-19: 77,106

Newport
- Opened in 1850
- Formerly known as Newport High Street
- The busiest station in Wales outside Cardiff
- One of two stations in Britain called Newport – the other is in Essex, England. Other Newport stations could previously be found in Shropshire and on the Isle of Wight
- Footfall in 2018-19: 2,745,064

Pontypridd
- Opened in 1840
- Formerly known as Newbridge Junction and Pontypridd Central
- Once boasted the longest island platform in the world
- Will benefit from double the number of rail services as part of the South Wales Metro
- Footfall in 2018-19: 884,132

Swansea
- Opened in 1850
- Formerly known as Swansea High Street
- Currently benefiting from improvement work being delivered by Transport for Wales and Network Rail
- Once one of seven stations in the heart of the city – the others were Swansea Bay, East Dock, Riverside, Rutland Street, St Thomas and Victoria
- Footfall in 2018-19: 2,156,036 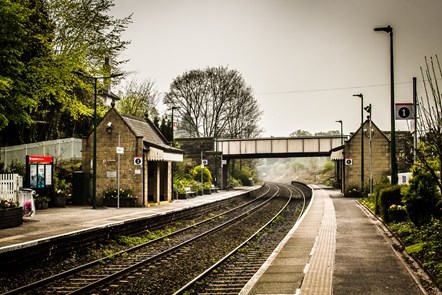