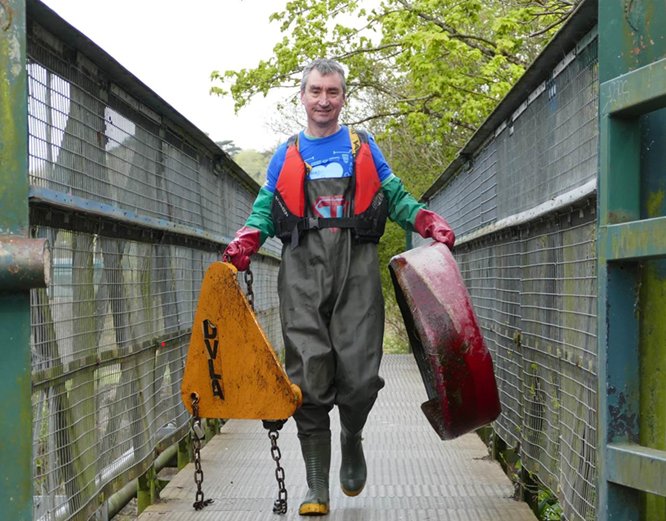 Kind-hearted railway workers have been sharing their stories of how they give up their time for others as part of Volunteers’ Week.

To mark the week, Transport for Wales staff have revealed how many of them go the extra mile both locally in their communities to nationally supporting major charities.

Amongst them is a train guard who dresses as an Imperial Storm Trooper from Star Wars to raise money for local and national causes, a train driver who has coordinated food parcels for the NHS and a train cleaner who has spent 10 years volunteering to clean up the rivers, lakes and streams around Cardiff and south Wales.

Transport for Wales gives employees two days off for volunteering per year. During the storms earlier this year a number of colleagues also volunteered to help clean up the affected areas, something TfW fully supported.

Amongst those who give up their time is Valleys Guard Kevin Rankin. Kevin got involved with the 501st Legion as a storm trooper after a number of personal tragedies. He said: “I felt like I had more to offer and wanted to help the charities and hospices that did so much in caring for my relatives in their last few months.

“I got my research head on and came across the 501st on YouTube. I immediately got to work signing up to the local UK forums and decided I wanted to be a Sandtrooper.”

Since then Kevin has attended the big Comic Cons, pop concerts, been on stage with famous music artists, been part of two full orchestral performances and attended movie releases.

“But for me the hospital Christmas visits have been the most rewarding and given the choice between a big event and a children’s ward, I'd pick the latter every time,” added Kevin. “We get given a face mask and gel while we’re out dropping off food to the homes of those isolating,” said Stella.

“I can only imagine what it must be like for those who don’t have a choice but to wear full PPE all day.’’

At Shrewsbury station, a wonderful scheme was set up by volunteer railway colleagues in April 2017 called the 'Shrewsbury Traincrew Tuck Shop’.

Carmarthen train driver Simon Biggs and his colleagues have raised almost £1,700 for their local hospital and ambulance stations. The money has been spent on food parcels for front line colleagues, distributed safely and hygienically.

Train cleaner Anthony Akhurst has been a key member of the Cardiff Rivers Group for 10 years. In that time he’s waded into rivers, streams and lakes, pulling out damaging rubbish to leave the areas a better place for wildlife and visitors alike. “It’s a bit of a busman’s holiday for a cleaner,” said Anthony.

“Whilst it is in some way similar to my job, I don’t get to wade thigh-deep in mud, unless there has been an unfortunate toilet malfunction!

“I am very proud of what CRG do and I tell everyone I can. It gets me out of bed on my days off and the occasional afternoon sessions are welcome too, as they enable me to attend after the previous nightshift.”

TfW People and Engagement Director Marie Daly said: “I’ve been truly humbled to hear some of the fantastic stories of volunteering within our company. Another great example of how our people are demonstrating our values as an organisation. When we took over the Wales and Borders network, we set out to deliver our global consciousness locally and this great example of our commitment to the communities in which we operate. To reinforce this we have processes in place to support our colleagues who want to do the right thing, giving them additional time off for volunteering where we can. People investing their time which is the most valuable thing any of us own so I’d like to thank everyone who gives their time to remind us all of the goodness in our society.” 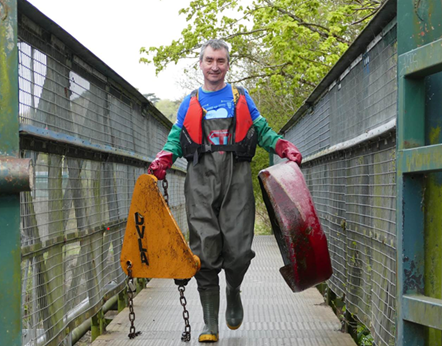 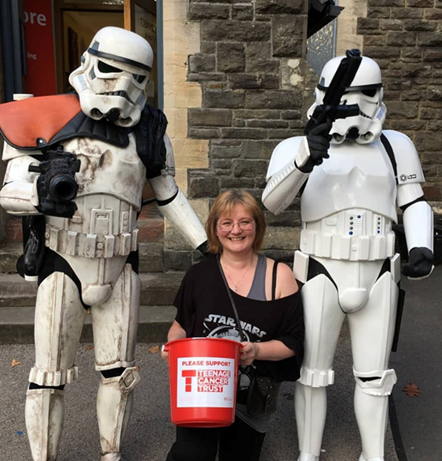 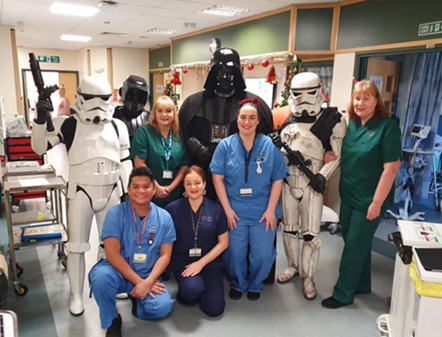 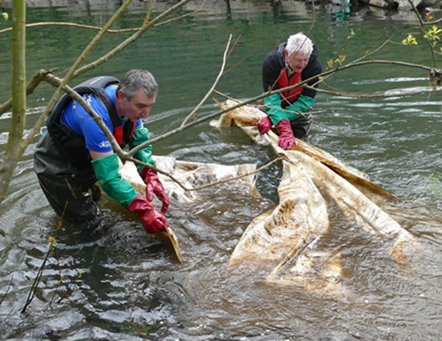