Transport for Wales welcomes the Secretary of State for Transport’s announcement of the launch of the 16-17 Saver railcard from September 2019 and have committed to providing further discounted fares for young people, starting in January 2020.

The new railcard, which has been developed by the Rail Delivery Group, provides a 50% discount on rail fares for up to 1.2 million 16 and 17-year-olds throughout the UK. It will be valid on services operated by all English and Welsh train operators, including Transport for Wales, and most standard class singles, returns and season tickets will be eligible for discount, with no minimum fare.

The railcard will cost £30 for one year and will go on sale from 20th August and will be available for travel use from 2nd September. It will be the latest addition to the Rail Delivery Group’s national railcards, alongside the 16-25, 26-30, Senior, Family and Friends, Two Together and Disabled Persons Railcards.

Transport for Wales have also committed to going a step further and from January 2020, we will be launching a new railcard for 18-year-olds, providing half-price fares on TfW services in Wales for young people up to and including the day before their 19th birthday.

We will also be extending free travel to under-11s, and to under-16s on off-peak services when accompanied by a fare-paying adult.

“We’re delighted to see this product announced and are proud to be part of a scheme which supports our commitment to the objectives of the Well-being of Future Generations Act and a sustainable Wales.

“We’re now preparing to build on this announcement with our own scheme to provide more discounted rail fares for young people from January, alongside other fare reduction schemes in North and South Wales. This is a key part of our £5 billion investment in transforming the Wales and Borders rail service, creating a high quality, safe, integrated, affordable and accessible transport network that the people of Wales are proud of.” 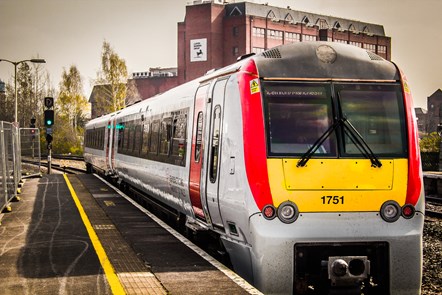