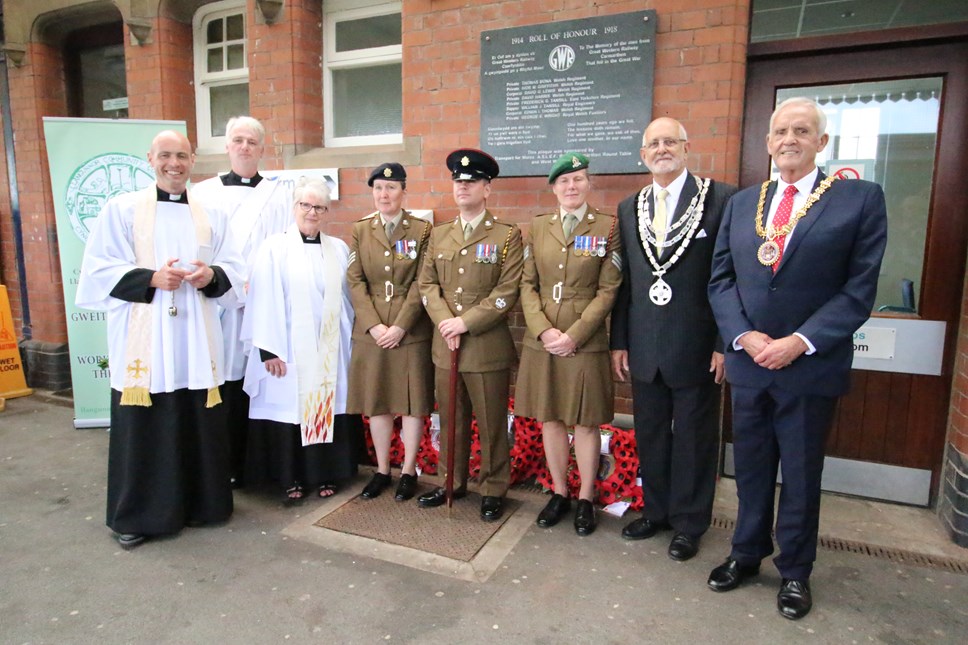 Remembering the fallen; Carmarthen train driver's campaign to honour the railwaymen who died in the Great War

A plaque has been unveiled at Carmarthen station to commemorate the Centenary of the ending of the First World War last year, remembering the brave railwaymen attached to GWR Carmarthen who sacrificed their lives for their country in battle.

Transport for Wales Train Driver, Simon Biggs, based in Carmarthen is a keen historian and played a pivotal role in researching the railway workers who fell during the First World War, working alongside Laugharne based historian Steven John.

More than 100 people including local dignitaries and representatives from the Armed Forces and the railway attended the plaque unveiling event.

"I feel these men whom made the ultimate sacrifice and laid down their lives for their country need to be remembered," said Simon, who is also Chairman of the local Round Table Group.

"You always get caught up in these things when researching and by finding out about their lives and having worked on the railway myself since 2000, and being born and bred in Carmarthen, you end up feeling a lot closer to the people you're researching."

The plaque commemorates eight men from the old GWR depot who fought and died for their country, including the Tansill brothers who grew up in 1 Towy Villa, Station Road Carmarthen, which still exists today.

Frederick worked as a painter's lad at the depot while William was an engine cleaner.

Serving in different regiments, both fought with distinction, with William dying of dysentery in Alexandria in 1917 and his brother in the French town of Aisne the following year, just two months before the end of the war.

Another of those commemorated is Edwin Isaac Thomas. Edwin grew up on Little Water Street in the town before moving to Priory Street when he was married. He worked as a Time and Store Keeper at the GWR Depot at Carmarthen, prior to taking up the same position at their Llanelli Depot. He served as a sergeant-instructor in a signalling section of the Welsh Regiment but was killed in action fighting in Gaza in November 1917 aged just 27. (The grave of Edwin Isaac Thomas)

Discussing the project, Simon explained: “I have a keen interest in many aspects of history in which a lot of my recreational time has revolved around researching my ancestors in particular, those who served in the armed forces.

"Over the past few years, I've been researching my Grandparents service in WW2 and also my Great Uncle and Great Grandfather, both of whom fought in WW1. The Great War had a deep and lasting effect on the country and many local establishments at Carmarthen have the names of their fallen etched into commemorative plaques so people do not forget. (The memorial plaque)
“It seems appropriate, especially now with the centenary marking the end of the war that a fitting tribute in the form of a commemorative plaque be placed at Carmarthen Station engraved on it the ‘Roll of Honour’ and names of the fallen Carmarthen Railwaymen."

The memorial plaque was sponsored by the Round Table, Transport For Wales, both RMT and ASLEF Trade Unions, West Wales Signallers and the British Army. (Train driver Simon Biggs, who is also Chairman of Carmarthen Round Table). 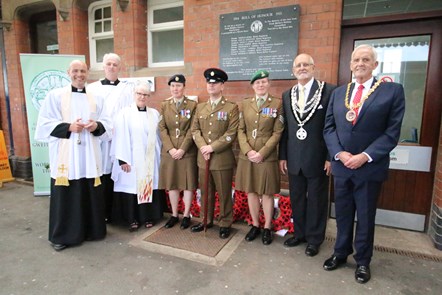 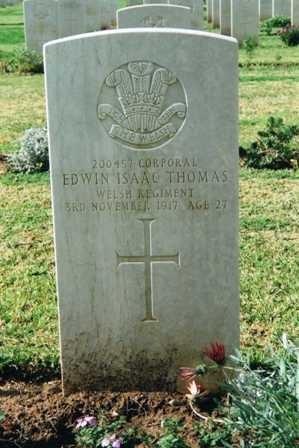 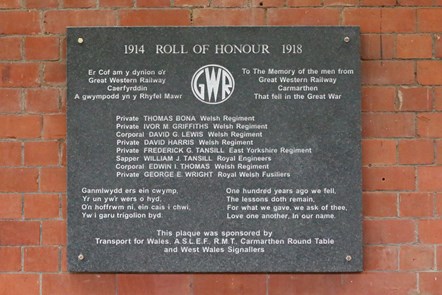 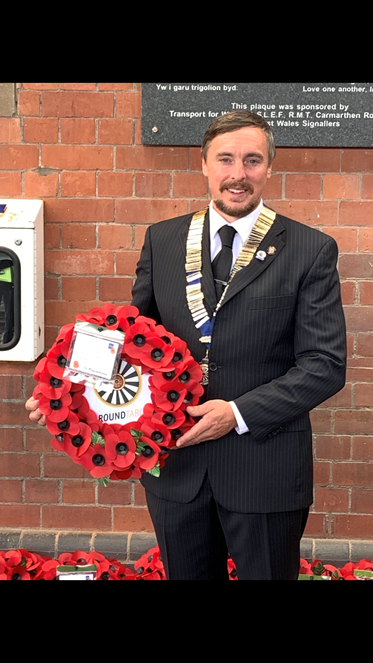