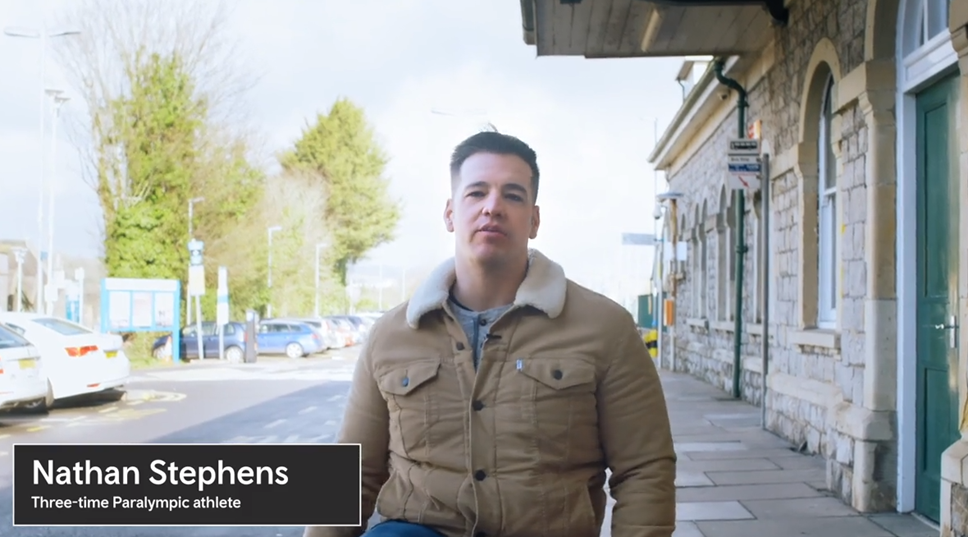 One of Wales' top Paralympian athletes has teamed up with Transport for Wales to show just how accessible the railway is today.

In a brand new video, being launched as part of Disability Awareness Day, Nathan Stephens shows how to plan your journey, book assistance, negotiate a station environment and travelling safely onboard.

In the video, Nathan boards a train at Bridgend and travels down to Swansea.

The video is designed for anyone with mobility issues who may have be anxious or unsure about using public transport.

"The process was really good and I was really impressed," said Nathan, 31, from Bridgend.

"The majority of my travel has always been me driving because my experiences of public transport hadn't always been the best.

"But the journey was stress free and the passenger assistance at Bridgend really good.

"I'm looking forward to the new trains and stations making things a lot more accessible and this is something I'm going to be doing a lot more often."

Having lost both his legs in a railway accident aged just nine, Nathan became involved in a host of disability sports, representing Great Britain at three Paralympic games.

He competed in a host of sports including Shot Put, Discus and Javelin. For a time he was the world record holder in the men's F57 javelin. Nathan also competed with Great Britain's Ice Sledge Hockey team at the winter Olympics in 2006.

Transport for Wales is investing £15 million in accessibility improvements across its network as well as committing to making 99% of all journeys on the Core Valley Network step free in the £800 million South Wales Metro project.

We are also investing £800 million in a brand new fleet of trains which will be fully accessible and are working closely with our partners in Network Rail to secure Access for All investments in our stations.

"It was brilliant working with Nathan on this video and hopefully it will really raise awareness about how we are making our railway more accessible," he said.

"While we still have a long way to go, we are so passionate about building a truly accessible and inclusive railway both for current and future generations."